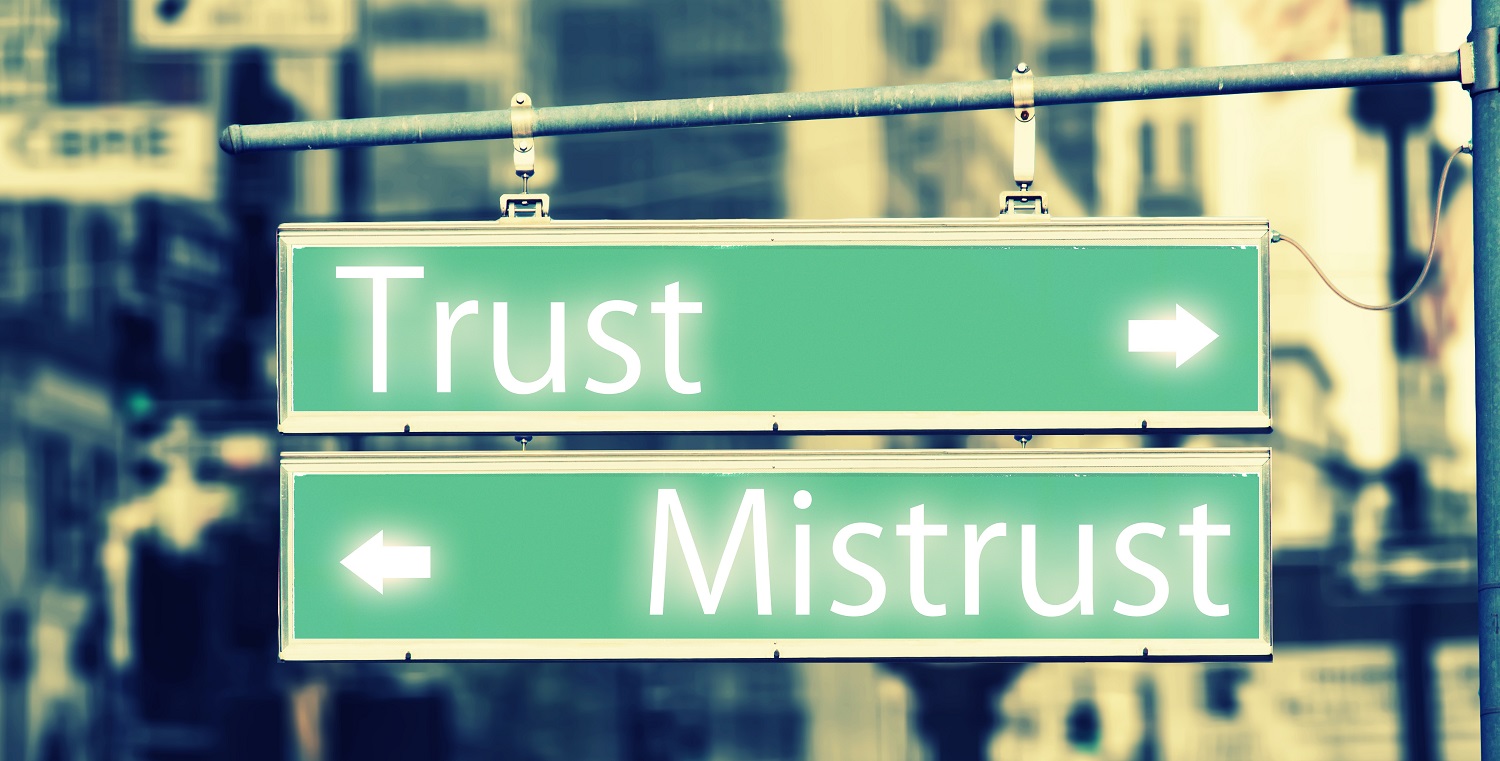 We clearly struck a chord with last Friday’s blog posting of December 9th! The article is resonating with people throughout and well beyond Dallas County. Click here to read "It Is Time to Get Rid of Black Box Voting."

I have been contacting other County Chairs and I can tell you that we are not alone! There are plenty of other counties that are facing the same lack of trust in voting machine issues that Dallas County is facing, and I am working to lead a coalition do something about it.

Texas needs to lead the charge in fixing the voting machine problem that faces many counties and states across our nation.

The solution is a big ask and it is complicated.  Texas is a big place with a wide range of county population counts. The method of restoring trust in elections may be very different in large counties as compared to medium and small counties. Each county has its own unique set of problems. There is no state-wide voting system and there are many different voting systems throughout Texas. The large counties, which all use machines similar to those in Dallas County, have different voting equipment from different vendors, but they are generally run on the same software and suffer from the same opaqueness inherent with black box voting.

The size and complexity of the various election issues are a big story. We cannot cover the size and scale of the problems in just one of two 1,000-word postings. Therefore, using our “It Is Time to Get Rid of Black Box Voting” blog of December 9th as a foundation, the Dallas County Republican Party hereby launches the “Restoring Trust in Election Project” as an ongoing update on what we are learning and the progress we are making on eliminating the black boxes once and for all.

I am trying to recruit others to join Dallas in our efforts.  But, as you might guess, it is not an easy thing to do.   I am also working with experts and legislators.  Bills are being drafted to be presented in the upcoming 88th Regular Session of the Texas Legislature.

Reporting in this blog will be long-form journalism that will be published periodically over the long term. We will publish new installments as events dictate.

As we have spoken with other counties this week.  It appears that many are dealing with the problem in stages that are like the familiar five stages of grief but as applied to elections. These stages form an arc or pathway we must move through.

Once people get to the action stage, there has not been a lack of ideas about how to make voting trustworthy again, but the common thread on which almost all have agreed is EVERTHING must be totally transparent. ANYTHING that is opaque is inherently (and must be considered) suspect.

Also, anyone who thinks, writes, or speaks that this is coming from “election deniers” is making a major mistake. That is only a weak talking point that does not stand up to any degree of first-person scrutiny. Just think of any number of “conspiracy theories” that the main-stream media have suppressed and demonized people over.   Well, several conspiracies are proving to be true.  Russia, Russia, Russia; Twitter bias and suppression; “masks work”; the China virus did not come from a lab; those are just peaceful protests … just to name a few. Not a single person we have talked with wants partisan advantage in the process, only transparency and trust. Not a single person wants voter suppression or anything less than counting every legal vote. If one side wins and another side loses, so be it. We just want to know who legitimately won each race on the ticket.  This is not JUST a Republican issue. Trust in elections is a universal and foundational issue among all voters.

WE ARE NOT ALONE!

Harris County is a Hot Mess

This blog posting started out to be about the developing story coming out of Harris County. As we got into the story to write it, it’s scope just grew; there is not much that the whole concept of election integrity that the Harris County story DOES NOT touch.

Why cannot the largest county in Texas and the third largest in the county run even a relatively low-turnout mid-term election without significant issues?

Because many, many things failed and failed badly.

Formal investigations have started, law enforcement is now involved, and the first election contests have been filed. It is going to take some time for the story to get sorted out – if it ever does.

The situation in Harris County is one of several reasons that we decided to launch the Restoring Trust in Election Project as an ongoing series.

Below, shown in no particular order, are a few of the larger facets of the story that are developing. We will follow these issues in future reports as they develop.

Harris County Republican Party Chairman Cindy Siegel said, “In the last month, we have received several thousand reports from voters, election workers, and poll watchers of widespread problems with the November 8 elections. Now, we have identified a discrepancy of 9,307 votes in the Harris County Election Administrator’s official mail-in ballot reporting without any explanation. We have a systematic cancer that has invaded our elections process and it’s critical that we get answers so Harris County voters can have confidence in this election and future elections once again.”

Harris County Republican Party Legal Counsel Andy Taylor said, “We have hard cold evidence of Elections Administrator Clifford Tatum deviating from the law multiple times during the mail-in ballot count process. The voters in Harris County deserve an explanation for the discrepancy listed on the official report. Whether it was gross incompetence, negligence, or malfeasance, it’s important that the public receives answers on what happened, why this election was botched, and how to make sure it never happens again.”

The Texas Rangers Have Been Called in To Investigate

On November 16th, The Texan moved the following story written by Holly Hanse:

Following reports of election improprieties, the state’s top investigative agency will assist the district attorney’s office in a criminal investigation.

Harris County District Attorney Kim Ogg, a Democrat, has launched an investigation into possible criminal conduct in Harris County’s general election and has formally requested assistance from the Texas Rangers.

“Free and fair elections are the bedrock of our democracy,” said Ogg in a statement. “When we get credible complaints of election irregularities, we are statutorily required to investigate. That’s why we’ve called for the assistance of the Texas Rangers.”

Ogg’s request followed Gov. Greg Abbott’s call for the secretary of state, the attorney general, and the Texas Rangers to investigate “improprieties” in Harris County elections. Click here to read the full story at The Texan.

Early reports indicate that at least 3,145 Harris County voters were turned away from 26 Voting Centers.

Curiously [cough, cough], 20 ofr them were in Republican areas. 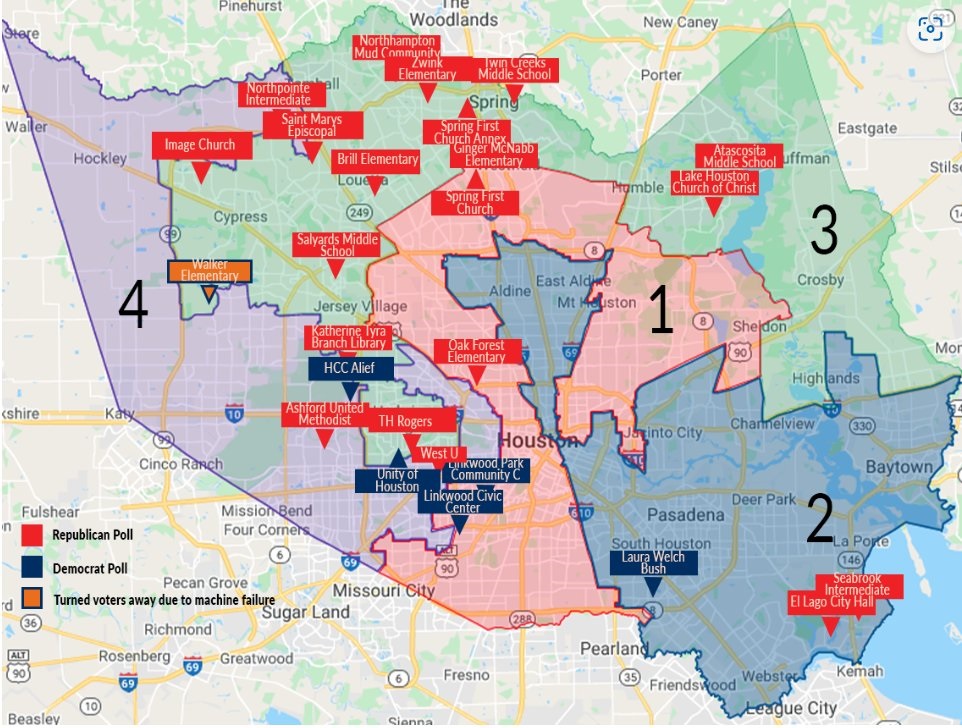 Action is in the works.  We will keep you updated.