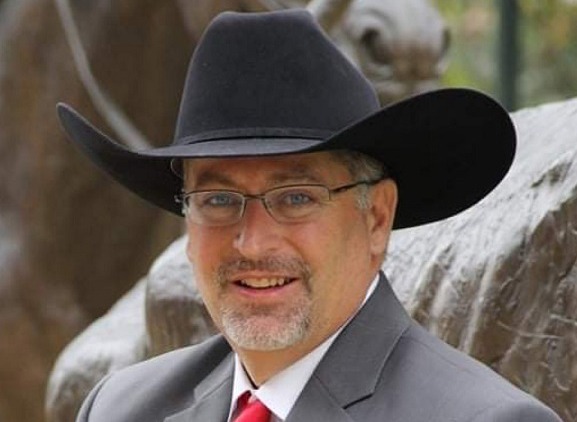 We need to reinstate a level of education that helps the majority of children out there that cannot or do not want to attend college. Enforcing the idea that trades help strengthen the country. Too much importance is emphasized on degrees, which do not provide good-paying jobs in most instances. Trades are disappearing in this country. We need plumbers, electricians and construction workers and other trade opportunities for our next generation of workers.

Children need to be taught how to achieve success by learning how to budget their money and a real work ethic that the real world will expect of them as they enter the workforce. Not CRT and divisive teachings. When so many of our children cannot read, write and do basic mathematics during their school years, this is a long time disturbing trend that must be rectified.

Parents should have the right to choose the school they want their children to attend and also to give their input as what is taught to their children. And that starts with schools sharing their content being taught in that school.

We need to support our police and military, with MORE funding and respect. But at the same time, address the issues within these institutions that are broken and need fixing now.

We need to help and provide more training for our police, on handling varying situations to avoid major force when not needed. To improve their community relationships, so that people can gain trust in their police again and the police can feel confident doing their jobs.

Also, we need to address the overwhelming mental health issues within the military and homelessness of our veterans and their health care.

Borders need to be closed to the illegal influx of people from varying countries around the world through Mexico. They cannot be allowed to “jump the line” ahead of those that have waited years to come to the United States legally. Nor can we allow illegal immigrants to gain access to the country un-vetted and bringing illness to our country. Especially while we deal with the effects of Covid-19. Criminals from other countries should not be allowed into the United States so willy nilly, as this current administration has allowed.

Nor should we allow the continuing illegal drug influx that is killing more Americans every year! Let’s spend that $450,000 per person that the Biden administration would like to hand out to those that have not put anything into this country and use it to take care of our poor and homeless, before the rest of the world. America First

We must bring back Energy Independence to the United States. As much as we all would like to clean up the planet and the air quality, this will not happen overnight. The United States has come a long way toward cleaner air compared to other countries and will continue to do so. Purchasing our oil and gas from other countries when we have enough resources right here in our own country is ludicrous thinking that puts a major crunch on our citizens who must use their vehicles to get back and forth to work!

This administration has plunged our oil and gas workforce into unemployment with no remorse and with no idea how to replace or create good-paying jobs to those lost. The future may be electric cars but that is in the future. The here and now need to be addressed and a more common-sense approach to this change. I support having our oil and gas companies invest in a future of electricity by recommending the programs Sweden uses! Let’s burn our trash to create electricity. We need to dispose of hundreds of thousands of tons of waste per year. Depositing all this trash into landfills is an ecological disaster to our fresh groundwater resources! Only 1% of Sweden’s trash goes to landfills. So instead of forcing oil and gas companies to go broke, let's help those industries change the landscape and still provide jobs to those in the future.

Mandates and Freedom of Speech

People should have the right to choose what is right for them and their families. Mandates should not exist to force employers to make their employees get a vaccine in order to keep their jobs!

We do not need to lose more doctors and nurses, which is so important to great health care in our country. The loss of hundreds of truck drivers, who are the transportation backbone of this country, is causing huge backups in delivery systems all across the United States.

Our hard-working small business owners will lose their businesses and are currently going under due to labor shortages. We must get the country back to work! Stop the mandates!

We must stop the attack of Free Speech from one group unto another! We must return to more civility among our peoples and learn to discuss and debate issues based on their merit and facts and compromise where we must. Violence against one another will not bring us together as a nation once again. We must learn to appreciate our differences and just agree to disagree rather than attack and disparage.

Biography:
Robert MacGlaflin was born in Colorado and his family, mother Doris and father Robert moved to Texas when he was a year old. He is a lifelong resident of the North Texas city of Richardson, Texas.

While growing up, his Catholic faith led him to be an Alter Boy and he helped in the teaching of religious classes in his youth.

He attended both Brookhaven and Richland Community Colleges in 1994 and 1995 and a Naval Prep School which broadened his opportunity for Officer Selection and Training.

After years of working up to three jobs at a time, he enlisted in the US Navy in 1995 and he was honored to serve as a Presidential Ceremonial Guard in 1996-98. He attended Officer Candidacy School in Rhode Island in 1998.

After being injured in the military, Robert went back to work in the landscape industry in project management, sales and business development. Through his work in this field he gained a true respect for the people who strap their boots on, get to work early and take care of their customers.