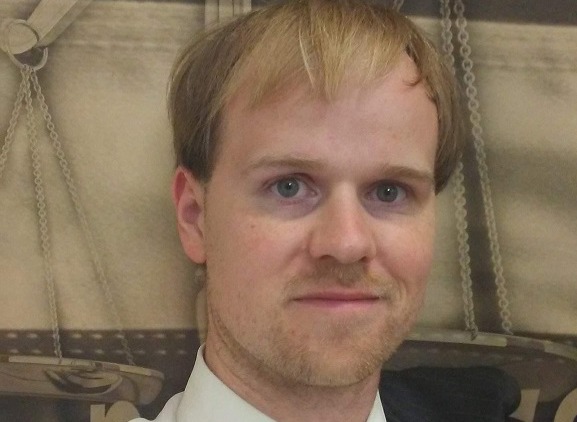 Candidate Statement:
I have several reasons for running.

First among these is because I learned as an Eagle Scout to strive to serve and be involved as a citizen in the community, nation and world.

Specifically, I believe serving on the Board would be a worthy use of my education and personal aptitudes.

Our education standards fail to emphasize application of knowledge to improve quality of life, and they fail to incorporate the advances in technology made over the past 27 years since Texas Education Code Section 4.002 was passed.

Our public educational system leadership also fails to exemplify the importance of mentorship, where good leaders groom protégés to take their place rather than holding onto power for as long as possible.

As a former chapter president for the Federalist Society and Turning Point USA at TSU, I approach these from a stance that the proper response to speech that we disagree with is usually not censorship, but more speech.

With regard to Critical Race Theory, its advocates may be wrong but reasonable; some of its advocates and opponents do act unreasonably, however.

In terms of banning CRT, elective courses might fairly address it, but the subject should not be included in any required course.

With regard to Social Emotional Learning, opponents say SEL is a gateway to CRT, emphasizes feelings over facts, and presents a dangerous invasion of privacy and intrusion on the roles of parents.

My first response to that is biblical: in John 11:35, Jesus wept not out of sadness but out of compassion for the very real feelings felt by His disciples at that time.

I certainly care more about facts than feelings, but I also know that few people care what we know unless they know that we care about them.

I have also considered the history and arguments of advocates for SEL, and being objective requires recognizing that some aspects of SEL theories have merits while others should not be part of public education.

In addition, I am copying and pasting below answers that I recently gave to a candidate questionnaire.

What is your position on state regulated abortion?

Abortion of an airplane's flight or space shuttle's launch does not occur between lift-off and landing; abortion only occurs before take-off.

By analogy, conception and birth are lift-off and landing.

The fallacy known as aborting a pregnancy is properly called "infanticide."

Objectively, killing another person is frequently legal and therefore not murder.

In law school, they teach that a killing must be illegal to be murder.

I agree that intentionally killing innocent children should be illegal.

Even when a killing is unlawful (and therefore murder), defenses include justification, excuse, and pardon.

I agree with a widespread opinion that the portion of RvW that established a viability standard is hogwash that should be ignored without needing to be overturned.

Heroes self-sacrifice to rescue the weak, but criminals and desperate cowards sacrifice the weak to save themselves.

What is your position on vaccine mandates and vaccine passports?

Without near-complete overhauls of federal and state laws protecting individual freedoms, federal, state, and local officials who impose injections on every citizen are acting ultra vires, outside and beyond their legal power.

Getting the "stab" or "jab" and paying for the respective bill or "tab" should be a voluntary choice.

For decades, school boards and insurance, medical, or healthcare providers have set standards for children to receive vaccinations as a prerequisite to initial or ongoing enrollment in childcare facilities and public education systems.

The CDC reports these vaccinations as tools for maintaining low rates of vaccine-preventable diseases (VPDs).

Medical exemptions are allowed when a child has a medical condition that prevents them from receiving a vaccine.

What is your position on immigration?

My electives in law school were in immigration law.

Those classes made clear to me that the immigration quotas should be updated.

As a matter of public policy, we should seek to benefit from jobs immigrants may do, not prevent labor.

I agree illegal immigration should stop.

Making legal immigration possible would help with that.

Upon arrival in the U.S. and applying for a work permit, the rules provide that the government shall grant employment authorization within 90 days, but the government delayed another 9+ months.

The hypocritical government needs to follow its own rules to make legal immigration possible.

USCIS violates rights, even of citizens, by refusing to follow 8 USC 1571.

What is your position on election security and voter identification?

Many voters are proud to share how they vote in elections.

Various candidates and even some election workers flaunt rules prohibiting voters from taking a picture of their ballot before officially casting their votes.

I support giving individual voters the option to vote an open (public) ballot or to instead choose a closed ("secret") ballot.

Similarly, I support incorporating biometric tracking into ballots for verifying and authenticating ballots.

Trust of the election system and its security would increase by implementing these measures.

Collectively, these optional features would improve the ease of auditing elections and preventing fraud while making voting easier for large numbers of citizens.

What is your position on staffing and funding of municipal law enforcement?

I try to be objective, and I like to stick to observable facts.

Entry-level police officers are very well-paid considering the amount of education and experience required for the positions.

The police and fire unions tend to oppose measures that would allow the expanding of hiring and onboarding.

Unions instead prefer to increase tenure-based salaries of member officers who have already been hired.

The approach of prioritizing current employees results in preventing the hire of additional new officers, increasing the per-officer salaries and amounts of overtime required and stress imposed on officers, and reducing the budgets available for support staff.

I applied to join the Fort Worth police department.

The renewal of the CCPD last summer tells me the movement to defund the police is unpopular.

However, I oppose increasing salaries as the primary means of recruiting and retaining more officers to grow the police force because the correct course recognizes that there is no shortage of applicants, with tens of thousands being turned away each year in DFW.

I also support promoting the Ride-In Program as a means to encourage positive community relations and to invite citizen feedback on specific areas for improving police relations.

This answer is honest even if there's something with which you are unsatisfied or disagree.

What is your position on constitutional carry and issues surrounding the second amendment to the US Constitution?

Students yesterday (1/12/2022) asked me to explain the differences between Republicans and Democrats ("Which one is better?").

In order to help them decide for themselves, I attempted to use the "Socratic method," asking questions regarding the natural consequences resulting from each perspective and polling them on their opinions.

I also explained that the Republican and Libertarian platforms say that everyone should be allowed to defend themselves from violence even if doing so meant hurting someone else, and that the 2020 Democratic platform mostly limits weapon ownership to cops and people who pay the government hundreds or thousands of dollars for a license (permission) to have a weapon.

I also stated that criminals will always have weapons, regardless of how illegal they are.

What is your position on education funding?

I obviously support the funding of education, but specific aspects of education funding are sensitive issues broken down into many parts.

I have to ask whether I can justify Robin Hood economics which would raise taxes to fulfill a wish list of wants (but not necessarily needs) that are included in education funding.

Since I may not be able to address all of these facets here, I will just discuss one, #3, briefly.

Many citizens feel that the work teachers do is worth several times more than what we are paid, and I usually agree.

Nevertheless, we must teach by example moral principles.
"Give more in value than you receive in payment."

What is your position on a state income tax?

I oppose imposing a Texas state income tax, and I would oppose a constitutional amendment repealing or undermining Texas Constitution Sec. 24-a. INDIVIDUAL INCOME TAX PROHIBITED. The legislature may not impose a tax on the net incomes of individuals[.]

What are some of your key issues?

Last year, this is one of the things I wrote:

The responsibility of public servants includes to improve on the condition and quality of life of residents in their community.

The responsibility of public servants includes to leave their legacy in good hands for the next generation.

Biography:
DC Caldwell attended high schools in Michigan, Utah, and Georgia. Caldwell earned a B.S. in civil engineering with a minor in mathematics from Texas A&M University and enlisted in the U.S. Army but was medically separated. DC later completed coursework at Parker University's Doctor of Chiropractic program. Caldwell obtained a J.D. from Texas Southern University's Thurgood Marshall School of Law in 2019.

Caldwell's professional experience includes working as an engineering group operations sergeant for the Texas State Guard and as an educator in the Austin, Fort Worth, and other school districts. He has also served as a bilingual early voting clerk, election day judge, a volunteer deputy voter registrar, Census enumerator, IRS clerk, and other positions. Caldwell has been affiliated with the Tarrant County Bar Association, the Texas Criminal Defense Lawyers Association, the Fort Worth Paralegal Association, the National Association for the Advancement of Colored People, the Federalist Society for Law & Public Policy Studies, the American Constitution Society, and the American Society of Civil Engineers.