Wasting no time in poking a finger in the eye of the prior administration, with the stroke of a pen on his first day in office, Joe Biden shut down the Keystone Pipeline project and single-handedly destroyed tens of thousands of well-paying jobs. With that, the petroleum independence the US has never seen before ground to a half and the Biden Administration began again sending billions of petroleum dollars to countries who despise the US.

It did not take long before for a chant to be heard, "US oil from US soil."

In Texas, we don't have the highest prices compared with other states. On November 15, 2021, the California statewide average increased to $4.68 a gallon, according to data from the AAA beating out both the 2012 and 2008 record high prices. 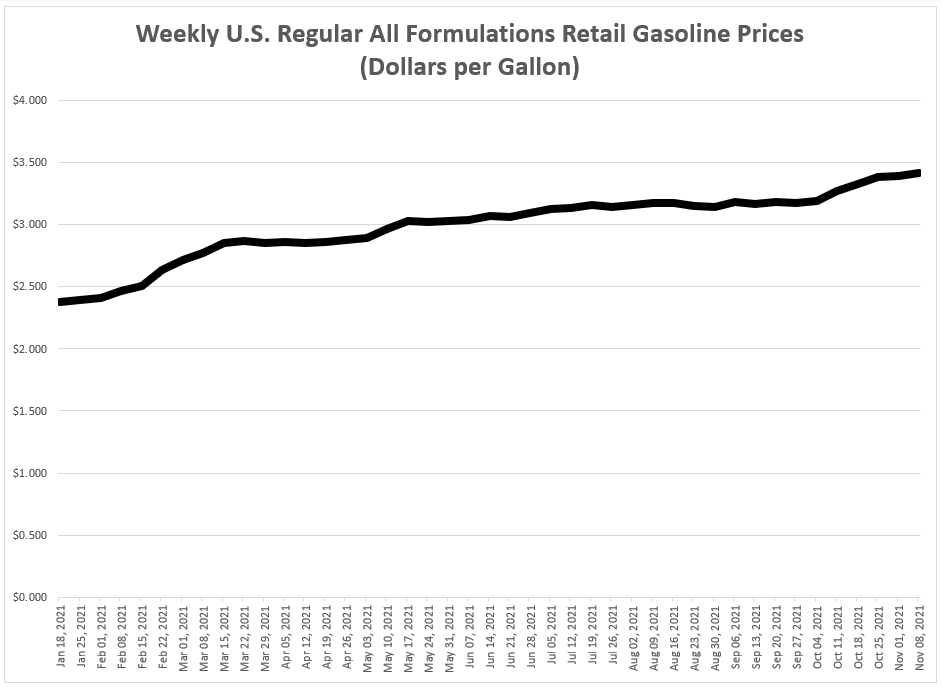