Speaking On: "Yo Quiero Freedom"

Was in Dallas on November 30

6:10 pm - Jennifer introduces “Yo Quiero Freedom” to Dallas and outlines the evenings activities.

7:00 pm - Jennifer introduces Orlando. Orlando will speak for a few minutes and then will introduce Mercedes Schlapp who will speak about the greatness of our country.

7:20 pm - Mercedes introduces her good friend Eduardo Verástegui who will speak about our Hispanic values, love of country, hard work and love of family.

7:40 pm - Jennifer and Orlando come back in stage and announce our next event and encourage everyone to get involved, register vote and our values. We thanks everyone who supported the event

Food trucks will be available.

For any questions,
please e-mail
lori@dallasgop.org

The Mexican actor and producer Eduardo Verastegui Cordoba was born on May 21, 1974, in Xicoténcatl, Tamaulipas. When he was nineteen years old, he formed along with some friends the pop group Kairo, but he left the group five years later and started to focus more on his acting career. His first appearance in Mexican TV novels was in “Mi querida Isabel”. In the period 1998-1999, he participated in several Mexican TV novels, but in 2000 he decided to chase his luck in Los Angeles, California, and he started to grow as an actor, acting in more known movies like “Chasing Papi”, “Meet Me in Miami” and TV series like “CSI: Miami”. In 2004 he founded with Alejandro Gómez Monteverde the film company “Metanoia Films” that produced only movies with social messages. In 2016 he received an honorary doctorate due to his leadership and humanitarian contributions. He has collaborated in films as an actor and producer, in Mexican and foreign films.

Mercedes Viana Schlapp is a columnist for The Washington Times and FOX News Contributor. She also co-hosts a weekly radio show, CPAC 365, with her husband and American Conservative Union Chairman Matt Schlapp on Sirius XM Patriot.

Mercedes is the former Director of Specialty Media for President George W. Bush in the White House where she served as a spokesperson for the president. Mercedes frequently appears as a contributor on several FOX News programs, including Special Report, Hannity, America’s Newsroom, Fox and Friends, Outnumbered, and The Story. She also has appeared on MSNBC, PBS and CNN as a Republican strategist. A first-generation Cuban-American and raised in Miami, Florida, she is fluent in Spanish and also provides political commentary for Univision, Telemundo, CNN en Español and national Spanish radio.

Mercedes was a contributor to U.S. News and World Report. She also has written for FOXNews.com, The Daily Caller and The Hill on a variety of topics including immigration, Hispanic and women issues as well as on foreign and domestic policies.

Inspired by her father, who was held as a political prisoner in Fidel Castro’s Cuba in the 1960s,

Mercedes discovered her passion for politics at a young age. Her father’s experience in Cuba gave her a clear understanding of the need to protect freedom and democracy in the United States and around the world.

Mercedes has worked on both local and national political campaigns including the 2000 and 2004 presidential campaigns for President George W. Bush. She also worked at the Republican National Committee where she hosted an online show in both English and Spanish and interviewed national surrogates on current events.

As co-founder of Cove Strategies, Mercedes develops and implements media strategies for corporate and non-profit organizations.

Mercedes is a native of Miami, Florida, a graduate of Florida International University and received a Masters degree from George Washington University. She and her husband, Matt, live in Virginia with their five daughters. 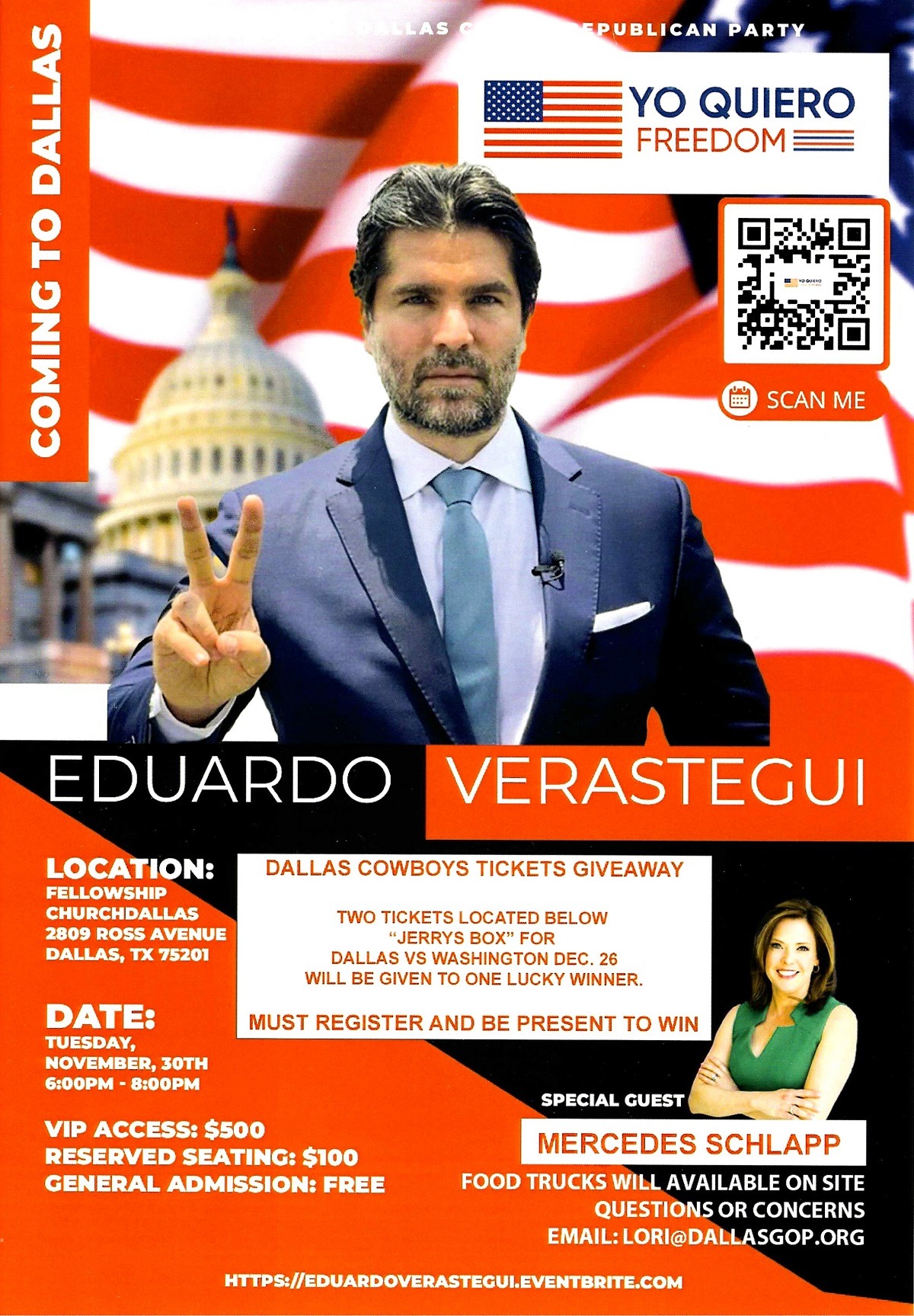