Click Here To Scroll Down-Page To See The TxLege Section

Now that the General Election is over, our attention turns to governing and the 88th Regular Session of the Texas Legislature. As allowed by Texas House and Senate Rules, the prefiling period started on November 14 when a record number of bills were prefiled. It is going to be a very busy Regular Session.

At noon, on Tuesday, January 10, 2023, the 88th legislative session begins. The Texas Legislature, barring any special sessions called by the Governor of Texas, will sit in session for 140 days.

The Dallas County Republican Party will follow along with the session from prefiling to adjournment in sine die.

The pages of this section will adjust as needed.

In Texas, the House Rules (Rule 8, Section 7) and the Senate Rules (Rule 7.04(a)) allow legislators to prefile bills "beginning the first Monday after the general election preceding the next regular legislative session."

Prefiling for the 88th Texas Legislature began on Monday, November 14, 2022, the first Monday after the general election on Tuesday, November 8, 2022. A total of 920 bills and resolutions were filed in the House and Senate on November 14, a record number for the first day of the prefiling period.

Below are statistics comparing all bills and resolutions filed during the prefiling period for the 71st Legislature (1989) to the 88th Legislature (2023). 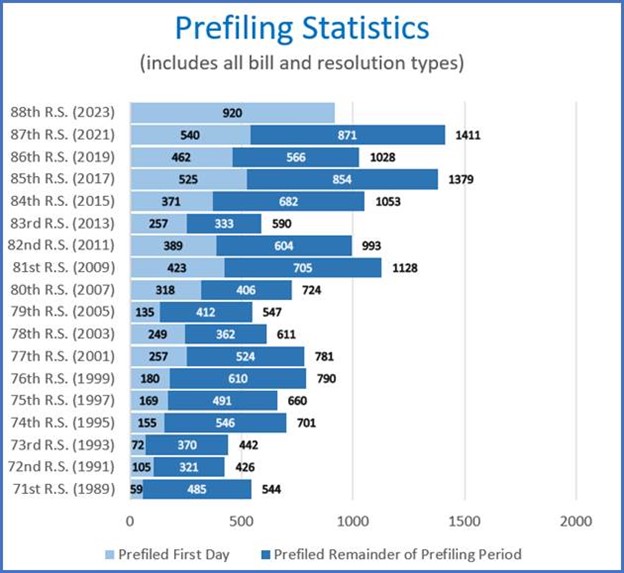 Introduction of a Bill

A bill is first introduced by a legislator in the legislator’s own chamber, which is considered the bill’s originating chamber. Following passage of the bill by that chamber, the bill moves to the opposite chamber for approval before proceeding to the governor. The steps in a bill’s progress are basically the same in each chamber, with many opportunities for the amendment or defeat of the bill. 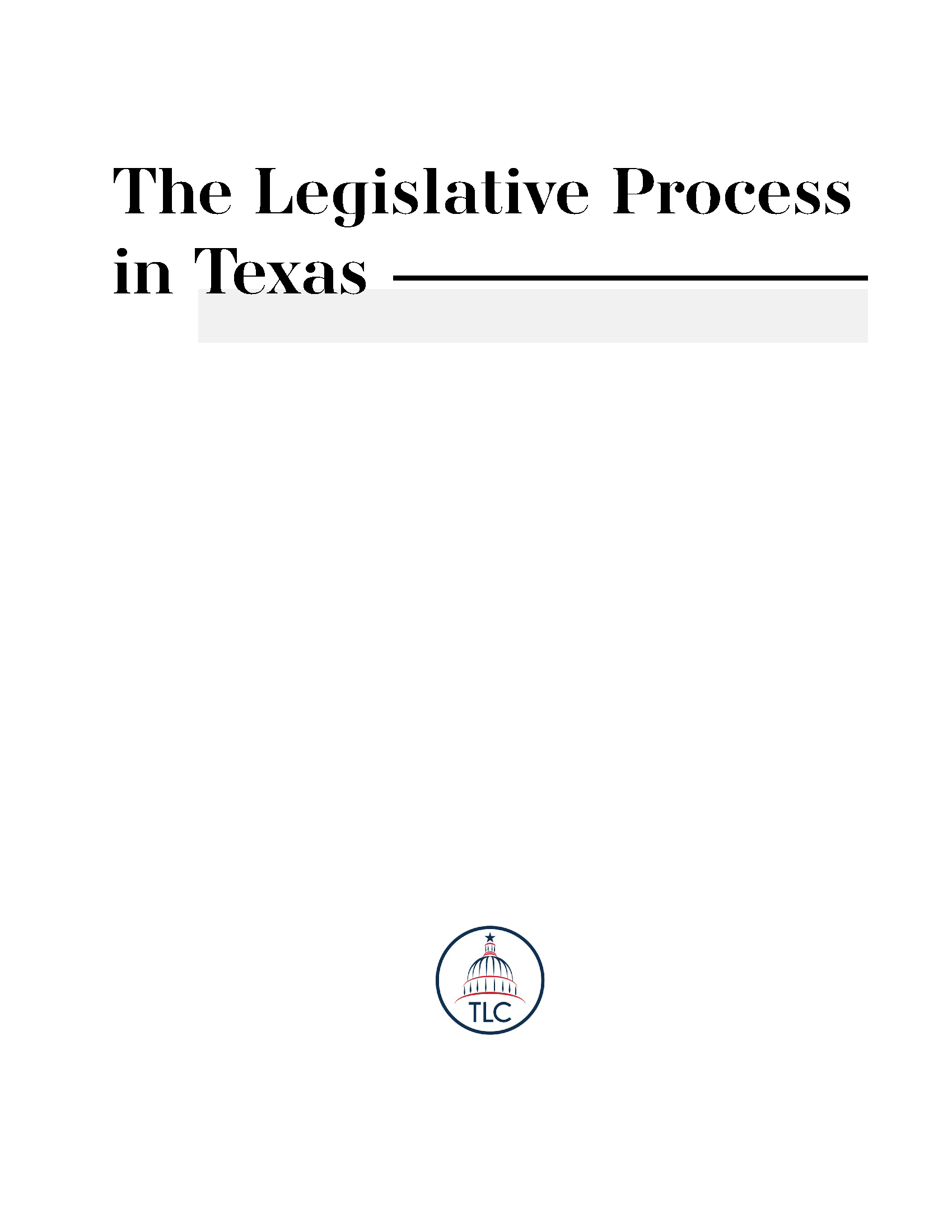 As of November 14th, Texas Legislators have been filing bills for the upcoming legislative session. Please note that bills haven't been assigned to committees yet, merely filed.