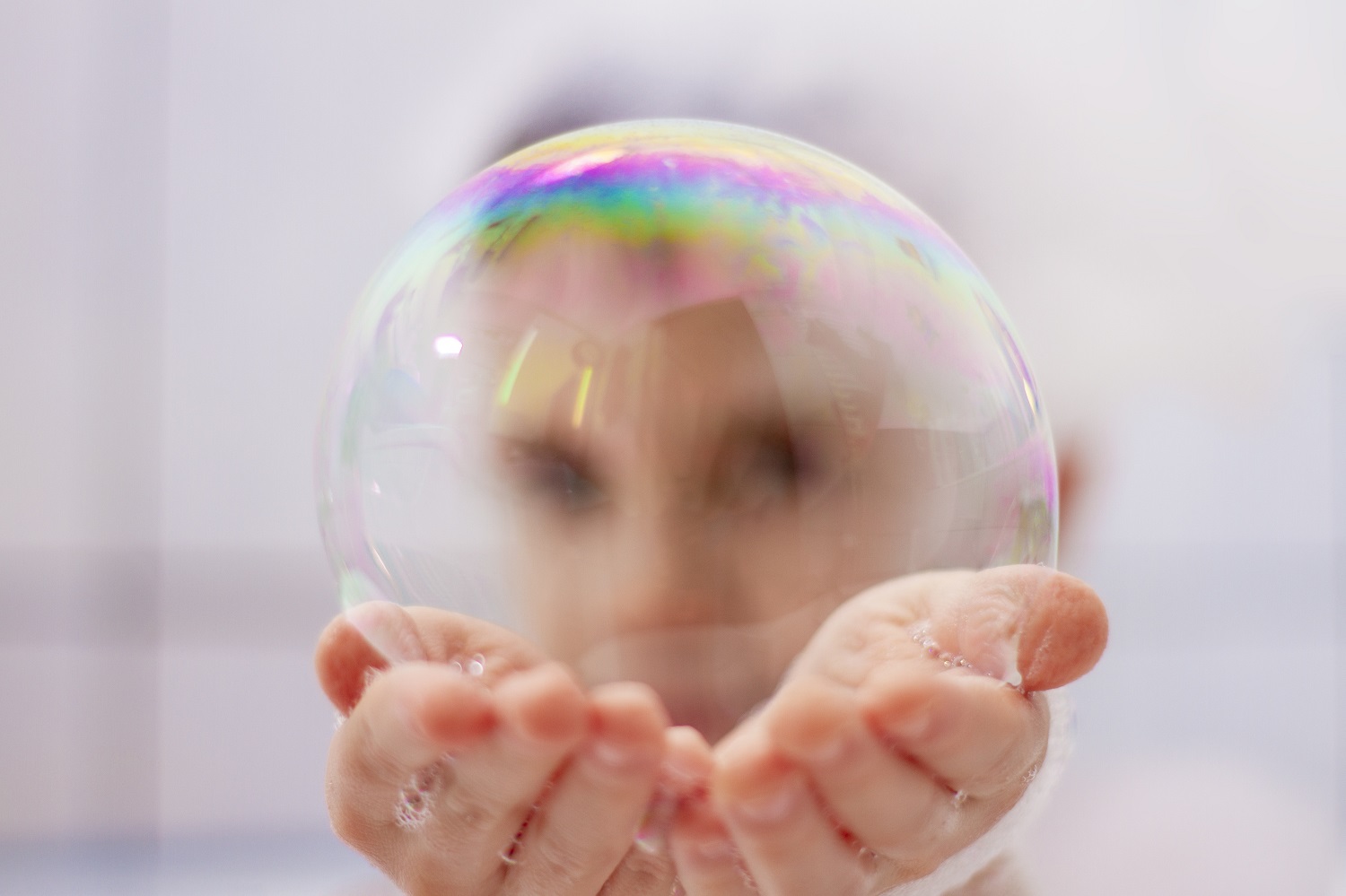 The Left's reliance on make-believe is unfettered. More to the point, it is their modus operandi.

Pretend that a war on our domestic energy industry will reduce gas prices.

Pretend that defunding and demoralizing the police will reduce crime.

Pretend that ignoring the Constitution will make us better.

But, reality has a funny way of intruding on one’s make-believe world to make course corrections. That is the problem with make-believe worlds, at some point the thin walls of the bubble bursts and in crashes reality.

In our Constitutional Republic, reality asserts itself at the ballot box. Bubbles burst.

Long before ballots are cast, the whole of us live our days in reality. We can’t buy gas and groceries with the Left’s rhetoric. Spin does not assuage the grief of an armed robbery or assault. Democrat’s make-believe runs head-long into the world we live in. We have to fuel our vehicles to get to work as well as heat or cool our homes. We have to deal with the direct aftermath of crime on property or person. We have to buy food for the table and all of the other bare necessities for our families from what remains of our inflation-reduced paychecks.

These realities are the ground truth that shapes our real lives and burst the make-believe bubble of even Presidential speeches. The reality is that we’re not better off and we’re moving in the wrong direction.

Just how many of us hold that position will be tested on Tuesday.

At some point, the make-believe bubble bursts and no amount of political messaging or spin can keep reality at bay. Not when the difference between make-believe and reality goes beyond a certain threshold.

Even the Left’s captured and deeply compromised media wing, what passes for journalism today also known as the American Press, can’t sell make-believe to us forever. P.T. Barnum was right about not being able to fool all of the people all of the time.

I have foundational trust in the American people to discern truth from make-believe. We notice things. We don’t need Poli-Sci degrees or the Left’s media pundits telling us, just be minimally observant. The Left can’t piss on our boots and tell us it is raining but for so long.

Then, reality breaks through.

Ground truth directly shapes our politics, who we vote for, and who we elect to office. Yes, elections have consequences, but the results of elections are influenced by reality, the ground truth that exists long before ballots are cast.

When the Left’s make-believe world is so out of touch with reality, it can result in a wave election; with one party making significant gains.

Next Tuesday has all the hallmarks of a wave election.

By everything I read, nationally, we’re going to have a very happy night. We’re working hard to make Texas redder. Color us optimistic, but we even hope to make gains in Dallas County.

Want my Voters’ Guide for a roadmap to a better reality? It is very simple. Vote for every Republican from the top of the ticket to the bottom. That’s all; it is that simple. Then, we have to get about the business of fixing what is broken.