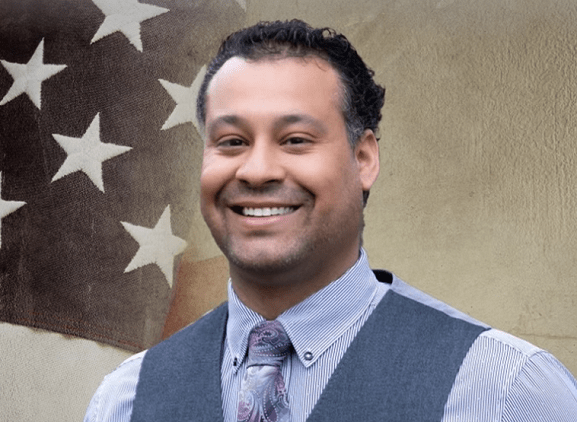 Biography:
Having served in the U.S Army for more than 10 years of his life Kelvin Goodwin (Castillo) is a former Military Police Officer, Federal Agent and CEO of a Criminal Investigation firm.

Kelvin is a Latino Veteran Immigrant who like many struggled to find a place in American society. These years have been monumental in instilling in him an appreciation for the law enforcement sector and the rule of law under the United States Constitution.

From leading military police patrols to maintaining rapport of the public, he was identified as a reliable source for conducting training and guiding personnel. Kelvin carried out the responsibilities and assignments of a Protective Service Federal Agent while assigned to EUCOM, AFRICOM, and NATO while serving in the United States Army.

Kelvin furthered his education in his civilian life and attained a Bachelor’s degree in Criminal Justice as his major, and four minors in liberal arts, international security, child psychology, and military ethics. Kelvin’s background has rendered in him qualities of commitment, dedication and persistence, which earned him several accolades of outstanding performance.

Kelvin is known to support what is right even if its not the popular belief. His keen sensibility, individualistic leadership qualities, compassion and empathy for people contributed to his continued success. As a minority small business owner in Texas, it has added leadership, project management, and managerial expertise to his foundation. These qualities have allowed him to flourish as a small business owner in a minority community.

His long-standing career in the military in conjunction with the skills he has honed and developed in subsequent years have transformed Kelvin into an investigation-proficient leader.

Today, Kelvin continues to utilize his expertise and lead and develop rapport within the community and continues playing his role in bringing people justice. When he is not immersed in work, he enjoys playing football, scouting and appreciating the outdoors with his son and his two Great Danes, Mocha Latte and Lilly Mae. He is an avid outdoorsman, who enjoys camping, target shooting, hiking and world travel. His love for the outdoors allowed him to garnish his Eagle Scout achievement.